On Wednesday 11th September, Year 6 became Crime Scene Investigators in order to solve the mystery of the missing dog!

We returned after lunch to find our classroom trashed and no sign of Archie (the French bulldog). However, we spotted a series of clues that we knew could lead us to the culprit.

Suspects Amy, Louise and Sarah were interviewed, had their fingerprints taken and provided handwriting samples for us to analyse.

Following this, each group presented their findings and who they believed was guilty. All evidence pointed towards… LOUISE!

Finally, Archie was reunited with the class as they successfully solved the crime.

It appears we may have some detectives in the making! 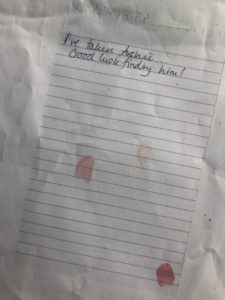 A note from the culprit 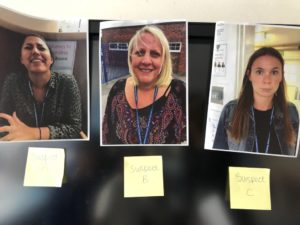 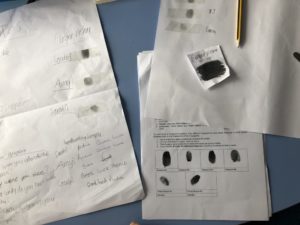 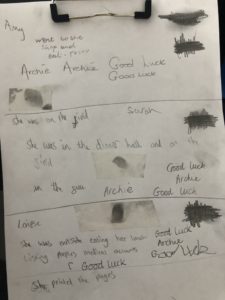 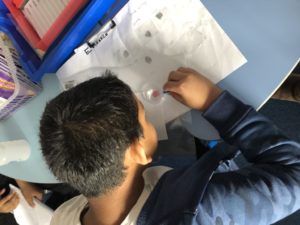 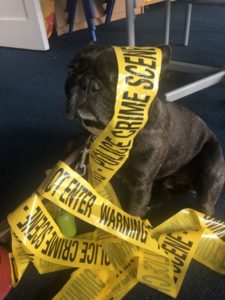 The return of Archie!