Order, Order Silence in the Court!

This week in Turtle class we have learned about Galileo the Italian Astronomer. He tried to prove that the Sun was the centre of the Universe and got sent to court as no body wanted to believe him.

We had to write an argument to present in court in favour of Galileo’s Theory, in order to help prove his innocence!

Everyone did an amazing job at presenting their evidence based on facts, as well as using persuasive language.

Galileo was found to be…. Innocent! 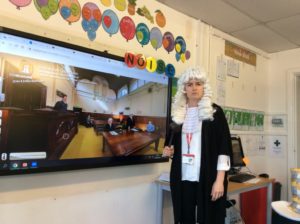