For this art week, we have focused on the impressive collections of art created by famous black artists. Year 4 chose to complete work inspired by the artist Jean-Michel Basquiat.

Basquiat was a Neo-Expressionist painter in the 1980s. He was born in Brooklyn, New York on the 22nd of December 1960 and died on the 12th of August 1988. Basquiat produced a lot of self-portraits and his work contained a mixture of words, symbols, stick figures and animals. He used bold colours in his work using a range of materials such as oil-stick, acrylic and spray paint and he worked on giant canvases. 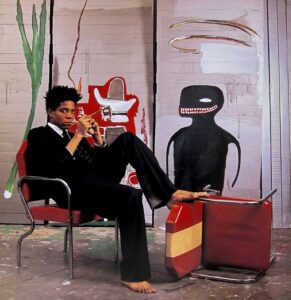 We researched our artist and created information posters with facts about him and his artwork. We found out about his heritage, how he began his career, his artistic style and how he made a living. 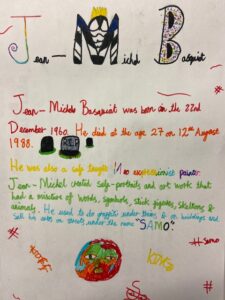 We looked at a variety of his artwork and thought about what we could see, the colours that were used, how we would describe it and why we thought he painted it. We focused on small parts of the pictures and copied what we saw. 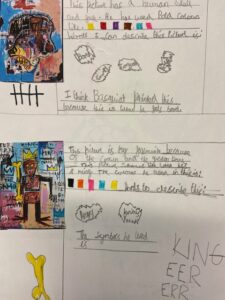 We explored how Jean-Michel Basquiat would draw animals. We looked at creating artwork with bright and bold colours and included some of Basquiat’s style e.g. crowns, bones, lines and words.

We looked at one of Jean-Michel Basquiat’s most famous paintings. In May 2017, a Japanese billionaire bought “Untitled” for 110.5 million. This sale was the highest priced Basquiat painting, and most expensive artwork to be sold by a black artist. 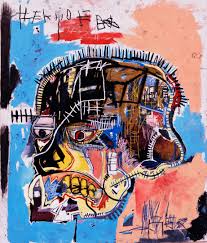 We explored how Jean-Michel Basquiat would portray skulls and faces and experimented by creating our own using oil pastels.

Jean-Michel would like to create self-portraits or draw humans. We planned out the colours and design before using paint and oil pastels to create our final piece. We then evaluated our work and thought about what we liked and what we would change next time.